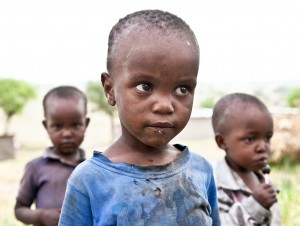 We believe all children deserve the same basic rights.

Class is in Session is a new feature to the Little Images blog in which educators present information on a given topic.

We at Little Images believe in upholding the rights of all children.

Children are created in the image of God, and this demands they be treated with dignity and respect. Efforts to do this often align with human rights efforts.

A landmark document was decided upon in 1989 by the United Nations. Among other things, it establishes the basic rights of children anywhere in the world.

Never heard of it?

You can read it in its entirety here.

Here’s what UNICEF said about it:

The Convention on the Rights of the Child is the most rapidly and widely ratified international human rights treaty in history.

The Convention changed the way children are viewed and treated – i.e., as human beings with a distinct set of rights instead of as passive objects of care and charity.
The unprecedented acceptance of the Convention clearly shows a wide global commitment to advancing children’s rights.

Pause. Notice the use of the term unprecedented acceptance.

It was *almost* universal.

In fact, there’s only one member of the United Nations who hasn’t ratified it. One nation that has refused to be a party to the Convention. 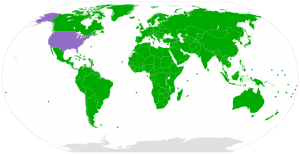 Nations who have ratified the Convention are in green. Those who have not are in purple.

Guess who it is?

If you said “The United States of America,” you’re correct.

There are many debates and speculations as to why the USA has yet to ratify this, with many groups weighing in on various aspects of the implications of such a law, from judges arguing that acceptance would mean denying the death penalty to anyone under 18 to homeschool advocates saying that this would potentially lead to more government interference in home education practices.

But these arguments throw the baby out with the bathwater.

By refusing to ratify this, we as Americans set ourselves apart from the world in expressing the idea, whether intentionally or unintentionally, that children don’t deserve the basic rights here in the USA that they are afforded elsewhere in the world.

President Obama has called the absence of ratification “embarrassing” and has vowed to help fix this.

Who wouldn’t want to ratify the “the world’s strongest commitment to promote and respect the human rights of children, including the right to life, to health, to education and to play, as well as the right to family life, to be protected from violence and from any form of discrimination, and to have their views heard?”

What does the CRC have to say about circumcision? 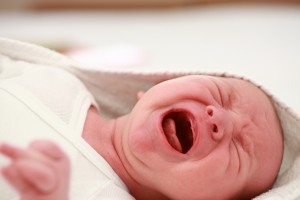 Circumcision is no way to welcome a child into the world.

As DOC puts it, “The CRC (Convention on the Rights of the Child) has a number of articles, which are relevant to child circumcision. They include Articles 2, 3, 4, 6, 19, 24(3), 34, 36, 37, and 39. All nations except…the United States, therefore, have pledged to implement the provisions of the CRC for the protection of children within their respective borders:”

1. States Parties shall respect and ensure the rights set forth in the present Convention to each child within their jurisdiction without discrimination of any kind, irrespective of the child’s or his or her parent’s or legal guardian’s race, colour, sex, language, religion, political or other opinion, national, ethnic or social origin, property, disability, birth or other status.

1. In all actions concerning children, whether undertaken by public or private social welfare institutions, courts of law, administrative authorities or legislative bodies, the best interests of the child shall be a primary consideration.

2. States Parties undertake to ensure the child such protection and care as is necessary for his or her well-being, taking into account the rights and duties of his or her parents, legal guardians, or other individuals legally responsible for him or her, and, to this end, shall take all appropriate legislative and administrative measures.

States Parties shall undertake all appropriate legislative, administrative, and other measures for the implementation of the rights recognized in the present Convention. With regard to economic, social and cultural rights, States Parties shall undertake such measures to the maximum extent of their available resources and, where needed, within the framework of international co-operation.

1. States Parties recognize that every child has the inherent right to life.

2. States Parties shall ensure to the maximum extent possible the survival and development of the child.

1. States Parties shall take all appropriate legislative, administrative, social and educational measures to protect the child from all forms of physical or mental violence, injury or abuse, neglect or negligent treatment, maltreatment or exploitation, including sexual abuse, while in the care of parent(s), legal guardian(s) or any other person who has the care of the child.

2. Such protective measures should, as appropriate, include effective procedures for the establishment of social programmes to provide necessary support for the child and for those who have the care of the child, as well as for other forms of prevention and for identification, reporting, referral, investigation, treatment and follow-up of instances of child maltreatment described heretofore, and, as appropriate, for judicial involvement.

3. States Parties shall take all effective and appropriate measures with a view to abolishing traditional practices prejudicial to the health of children.

States Parties undertake to protect the child from all forms of sexual exploitation and sexual abuse.

States Parties shall protect the child against all other forms of exploitation prejudicial to any aspects of the child’s welfare.

'Circumcision is where sex and violence meet for the first time' ~Marilyn Milos. littleimages.orgClick To Tweet

So, what can you do to help? 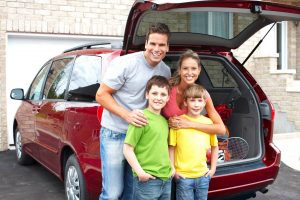 You’re part of the change! Every voice counts

This sort of change only happens through people like you. Get involved today!