That was 2015’s Word of the Year, officially called the “Face with Tears of Joy” emoji.

The Oxford English Dictionary elects a ‘word of the year’ each December that most defines the “mood, ethos, and preoccupations” of the previous 12 months. 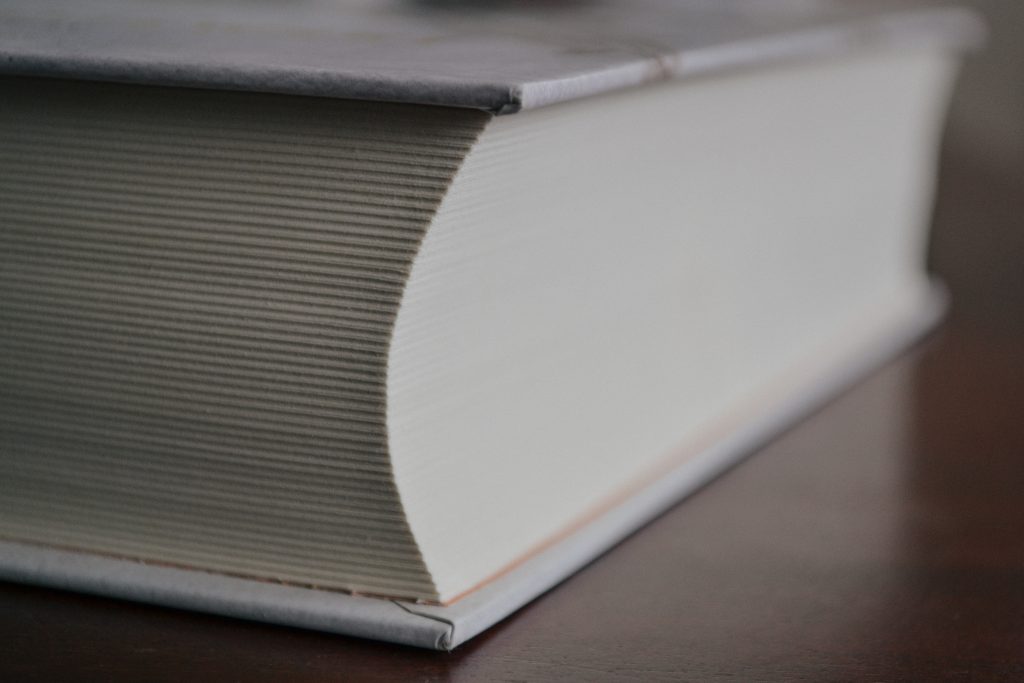 This year’s word of the year was post-truth, which OED defines as “relating to or denoting circumstances in which objective facts are less influential in shaping public opinion than appeals to emotion and personal belief.” It beat out other contenders, such as alt-right, coulrophobia, and adulting. Its use on the Internet had mostly to do with politics, namely American and British, but we’re not going into that here. I’d like to make the connection to parental decision-making. Namely, the choice to circumcise.

I’ve talked to countless people about circumcision and when they say they circumcised their son, I ask why (gently and with tact, of course.) It amazes me how many people lead their answer with the phrase, “I don’t know…”, followed by a few main rationales:

“His dad is circumcised, so we had it done to him too.”

“The doctor recommended it.”

“I know someone who didn’t have it done, and he had to do it later, and it was awful.”

“We never even knew that not doing it was an option.”

There’s a BMJ article from 1999 that was meant to be tongue-in-cheek, but is in reality a little too close for comfort. The joke is that there are several approaches to medicine that can be practiced in lieu of any evidence, and only one of those is eminence-based medicine. As the article states:

The more senior the colleague, the less importance he or she placed on the need for anything as mundane as evidence. Experience, it seems, is worth any amount of evidence. These colleagues have a touching faith in clinical experience, which has been defined as “making the same mistakes with increasing confidence over an impressive number of years.” The eminent physician’s white hair and balding pate are called the “halo” effect. 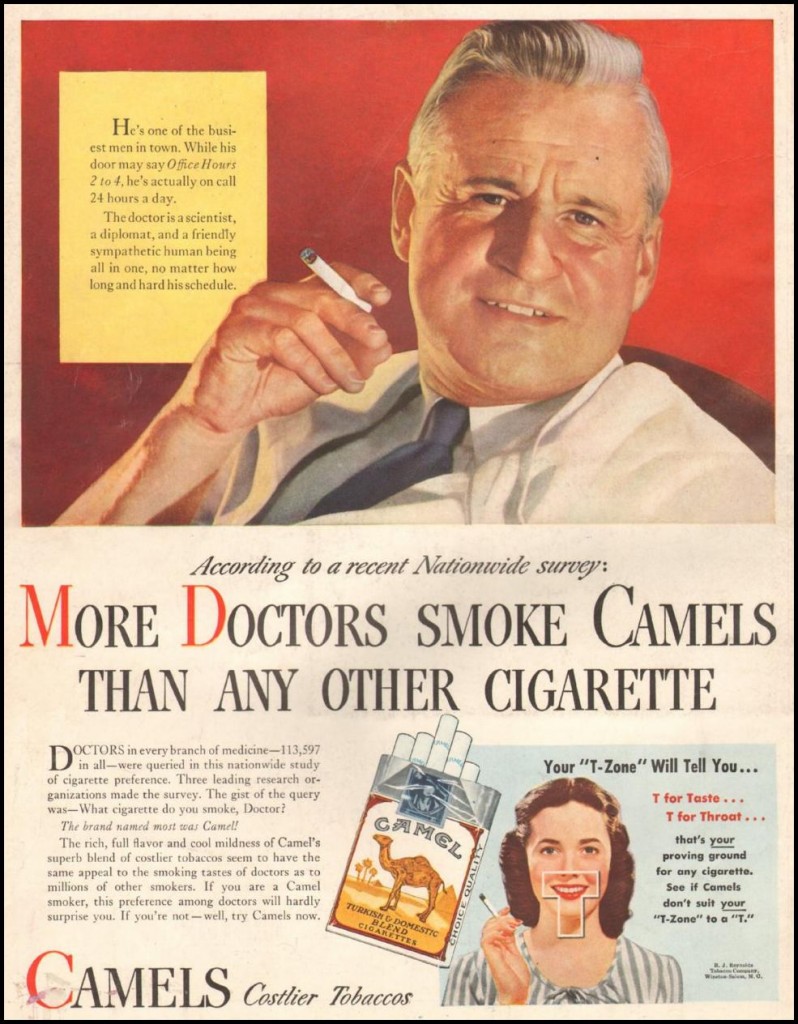 Eminence-based medicine has always been there. It just looks a little different now than it did in the 20th century.

a clinical decision that is made by relying purely on the opinion of a medical specialist or any prominent health professionals rather than relying on critical appraisal of scientific evidence available. Many of us may think that prominent health professionals possess more skills and knowledge and therefore their opinion on a particular health matter is sufficient to justify for a clinical decision. However, in doing so we put ourselves at risk of introducing logical fallacies into our practice by using argument from authority to support our decision-making. It is true to say that an expert would have more knowledge than a lay person and their years of experience increases their credibility, however, their opinion is not valid unless it is based on scientific evidence.

Eminence-based medicine and circumcision: a primer

When a patient asks a doctor about his or her views on routine infant circumcision and that doctor replies favorably — because he or she has personally performed circumcisions, or he or she has a financial interest in the procedure, or a male doctor is himself circumcised and “fine” — this is eminence-based medicine.

When a parent looks to the AAP for advice on circumcision and sees the Task Force on Circumcision’s 2012 stance that “the benefits outweigh the risks,” this is eminence-based medicine. When they look for the op-ed piece written by Dr. Andrew Freedman, head of said task force, in which he responds to his many critics and admits that the only ‘benefits’ are religious in nature, not medical, they will find the publication paywalled.

When a student goes through medical school and none of the textbooks have the foreskin included on anatomical diagrams, and the only thing taught about it is how to cut it off, this is eminence-based medicine.

When the European medical community responded to the AAP’s position in 2012 with a resounding “this is not ethical, and your views are biased,” they were arguing using evidence-based medicine. They pointed out that Europe doesn’t circumcise newborns, as this is a breach of medical ethics, since the person having the surgery is given no consent. They share that circumcision is the last-ditch effort of controlling rare side effects like congenital phimosis and balanitis, not a valid preventative procedure.

I wrote earlier this year about Sneppen and Thorup’s data about circumcision in Denmark, and how boys are much more likely to suffer from side effects of circumcision than they are ever to need a circumcision. This is evidence-based medicine in action.

The Gates Foundation’s attempt to slow the spread of AIDS in Africa via “voluntary circumcisions” is now seeing a spike in HIV infections in those areas where men submitted to them, because there is a belief that being circumcised means not having to wear condoms in order to spread HIV. There are also many men beginning to speak up and say “I wish I had never done this.” The VMMC Experience Project, a victim’s rights organization, is cataloging these stories here. This is where eminence-based medicine leads: more harm.

Post-truth decisions in the delivery room 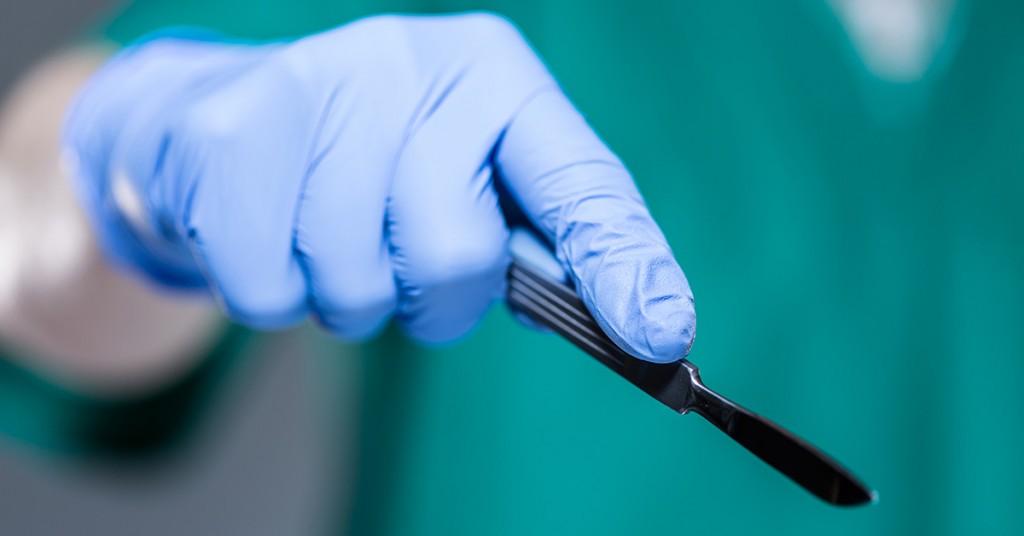 Will you use eminence-based or evidence-based medicine as your guide?

Eminence-based medicine is not a valid substitute for evidence-based medicine. Parents often trust their OB/GYN or pediatrician to provide them with ethical, rational truths. However, they often get an ersatz version of the truth based on their doctor’s experiences and biases, not up-to-date research.

When this is combined with a lack of true informed consent regarding the procedure, babies get circumcised.

When parents base their decision to cut on whether dad is, or whether they find circumcised men more appealing, they are making a post-truth decision that is not medically ethical.

Furthermore, the horror stories of men “having” to be cut later in life can almost always be traced back to eminence-based decision making involving improper intact care and choosing the most invasive procedure before exhausting other options, such as steroid cream or a simple dorsal slit procedure.

I had a friend one time (a pastor, no less) who, when I tried to convince him to not circumcise his newborn son by telling him that it isn’t done in Europe and they have no problems with their foreskins, told me, “why do I care what they do in Europe? This is America.”

The amount of medical knowledge known is now doubling every four to five years, according to researchers. How much longer can “I didn’t know” be a valid excuse?

We hear it every day, though. Regret parents saying:

“No one bothered to tell us any of this.”

“My doctor didn’t tell me any of this.”

“We researched everything, but we didn’t think to research this.”

“If literally one person would have mentioned any of this to me, my son would not be circumcised.”

This is a failure of the American medical community.

But how do we stop it?

Before your son is circumcised, do independent research. Review worldwide medical information and position statements on circumcision. Read the stories of parents who wish they had not circumcised their sons. Join a community group on Facebook and ask questions. Your Whole Baby has a group of thousands of members that takes a gentle, informative approach.

Another thing you can do is quiz your doctor to see if they know what they’re talking about. A simple litmus test would be asking them to name several of the functions of the foreskin. Ask them if they find the AAP’s advice ethical, or if they agree with the rest of the western world’s stance instead. Ask them if they would circumcise their own children. (We find that many doctors and pediatricians who perform circumcisions either have not or would not do it to their own sons.) Ask them about what the surgery entails, what pain relief is given, what followup care is like (both short and long term), and what the side effects are. This is the beginning of informed consent.

As Marilyn Milos said, “If circumcision took place in hallways, instead of behind closed doors, it would stop tomorrow.”

Because as you become more informed, you find genital cutting less evidence-based – and more unethical.

Once you shed the rationales of eminence-based medicine and the blissful opacity of the post-truth mindset, there’s no going back.

Lastly, if you know it’s wrong, speak out. The only viable way to reach a tipping point in our culture is by sharing the information with others. In fact, you might be the only person that says something to a parent-to-be about it, and it might be enough to change their mind.