It’s no secret who the hardest part of the population to reach with our message is.

If you’re a married American who has already circumcised a boy, it’s a slim chance you’re reading this now. If you are, thank you for checking out our message. You’re the exception to the rule.

The unfortunate reality is that once a family has circumcised one son, it’s very difficult for them to accept what we say for what it is. 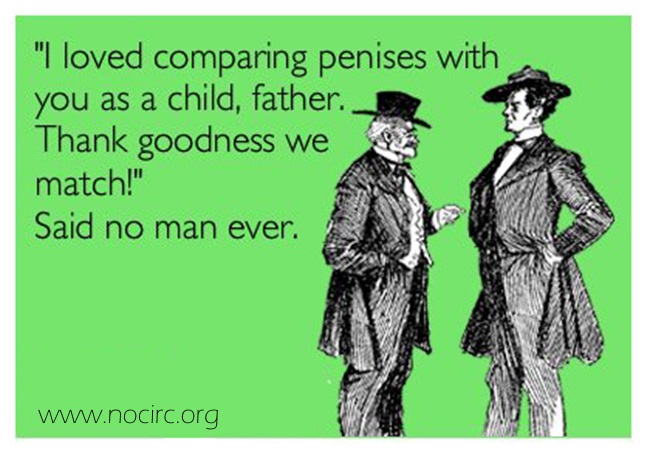 Because they “don’t want them to feel different.”

Y’know, in case they ask. Or notice. Or whatever.

The elephant in the room is that this only really matters to are the parents. Why? Because it can be really, really painful to look your son in the eyes and say, “yes, I chose to have this done to you. I didn’t know better. We didn’t do it to your brother because we learned differently before he was born.”

My wholehearted prayer is that parents who circumcised their first son(s) feel empowered to choose differently for their next son.

Because the reality is that children forgive their parents. All the time. And that includes forgiving their parents for a choice they made when they weren’t informed of the risks and ethical issues. Because love. And forgiveness.

OK. All that being said – it’s much easier to talk to someone about human rights issues when it doesn’t yet make that person accountable for their previous actions. 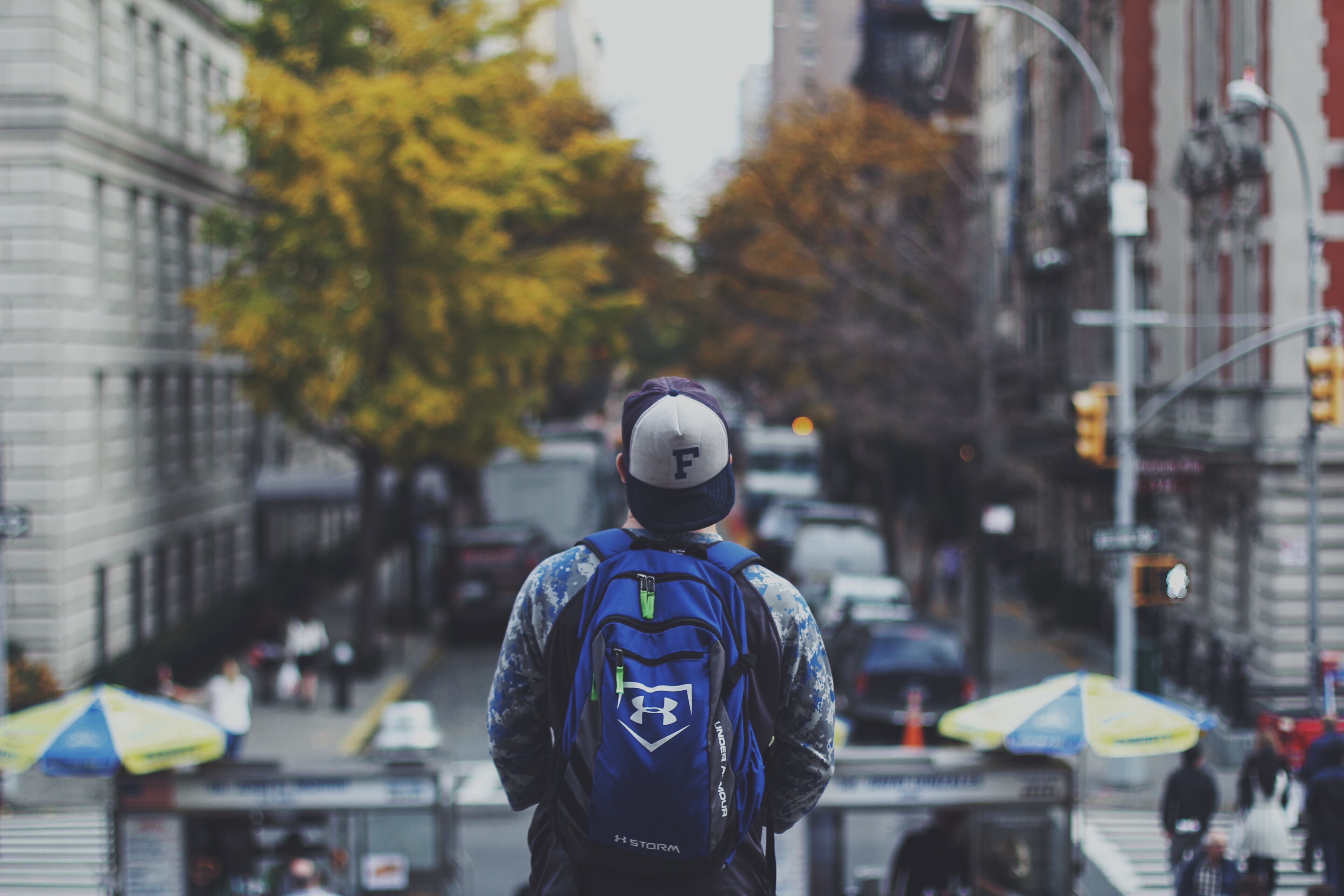 I’m a member of Generation Y, and fall into the ‘millenial’ category as well. I got the Internet in 8th grade – it was not a household commodity growing up. I had to deal with the real struggles of waiting for the 56.6k modem to dial up before hearing AOL tell me “you’ve got mail.” I know the pain of waiting 20 minutes for one MP3 to download.

But to younger millennials and post-millenials, these #firstworldproblems are unthinkable. If a page loads for more than 5 seconds, it’s wasting time, and you can simultaneously make a phone call and surf the web at the same time. Many of my students don’t even know what a dial tone is.

Just check out this year’s mindset list for college freshmen.

I just turned 30, and this makes me feel old.

Many of my friends are now married and have kids. And it’s really hard to convince some of them that circumcision a) is not just ‘what you do’ and b) is a demonstrable violation of the rights of children.

My friends pushing 40 seem to be even more so susceptible to this. Those of us who were teenagers in the ’90s did not grow up with an intuitive grasp of the wonders of the interweb or how to use it effectively. Comparing practices in the United States with the rest of the developed world, for example. Or sifting advice we personally receive to discern fact from opinion.

Not to mention, we ’80s kids were cut at a rate of 9 to 1. Mostly because our fathers were – and because terribly flawed studies like the ones carried out by Thomas Wiswell in the 80s scared parents with no access to information themselves. Scared them into demonizing the foreskin.

As author Andrew Smith said so bluntly, “people fear what they do not understand.”

People used to think tomatoes were deadly and that bathing would make you sick. Why don’t we think these things anymore? Because we understand them now.

We have access to information that shows us how wrong we once were.

With the Internet, this generation has access to information that shows us how wrong we once were.Click To Tweet

Now the Internet is finally uniting the world together as an international, intercultural exchange of information. We are learning things we couldn’t have known before. Things that have been hidden in plain sight, but just beyond reach of our own experience thus far.

For example, most Americans don’t know that 90% of the world’s non-Muslim men are not circumcised. And that they have had no problems ever with their manhood that would require prophylactic surgery. This is surprising to many men in the US. They possibly grew up with one intact guy in the locker room who got teased like a bad 1980s movie. And everybody seems to know somebody (who knows somebody who knows somebody) who “had to be cut as an adult, and it was awful.” Without the exchange of information that the Internet affords us, our parents were left to assumptions – assumptions based on insular observations in homogenous communities and urban legends and hearsay.

And in twenty years, kids have gone from tin cans and string to Snapchat and Instagram.

This is why young adult activism is key.

Activists often spend an unreal amount of time, effort, and energy trying to unravel 100 years of misconceptions and stigma when dealing with non-digital-natives. Even more effort if they are already married. Even more beyond that if they already have kids.

Don’t get me wrong. That expenditure of energy is worth it to me if it means saving one more child from the unnecessary anguish that is circumcision. I completely empathize with the kid in the story throwing starfish from the beach into the water to keep them from drying. The one who said with each toss, “It matters to that one.” But fighting the tide this way will only save so many. And it’s tiring.

We’re going for critical mass. Gladwell’s famed tipping point. As fast as we can get there. And to do that, we need to reach college kids.

We need to reach the younger generation.

If you’re not married yet, then you aren’t carrying the burden of your spouse’s preconceived notions regarding this issue. This is huge. It is always tragic to hear the phrase, “I was against it, but he insisted it be done.” But if you talk about it now and agree that no future children will be circumcised, then it won’t come up as an issue when the time comes and blindside you.

If you don’t have children, then you’re less likely to feel that someone is giving you unsolicited advice as to how to raise your kids. No parent likes being told that they’re doing it wrong, and nobody likes being accused of intentionally hurting their child. However, if you hear the information before you’re ready to even think about kids or a family, then the information is more likely to seem like a no-brainer. In fact, we often hear people say, “well, I’ve never heard any of that before, but when I have kids, we won’t be doing this!”

We need young Christians to speak up in their churches and say, “Circumcision has never been a Christian practice, and just because it was commanded to Abraham in the Old Testament does not mean I will do it to my children.” (Little Images is currently working on a new college initiative to support Christians on campus who are speaking out.)

We need people who are sensitive to the shared narrative developing around us – the narrative that allows more and more men to speak up and say “I’m not happy that this was done to me.” For example, search the #ididnotconsent hashtag on Twitter.

We need to break taboos and enact social change, even when all the voices surrounding us say “let’s not talk about this because it makes us feel uncomfortable.”

Then routine infant circumcision will die with this generation.