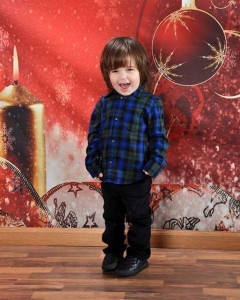 My 2 year old intact son, Damon, woke up on Thanksgiving morning complaining that his penis hurt.

I took off his diaper to find the bottom of his penis red and slightly swollen. I figured it was just irritated from his diaper, so I  decided just to let him air out a bit.

When it started getting more swollen around noon, I called his pediatrician. She said that it sounded like it could possibly be a yeast infection and suggested Epsom salt baths and Lotrimin.

Later that evening, though, after an Epsom salt bath, pus began oozing from his penis.

I immediately took him to the ER because it looked scary and I haven’t gone through something like this before, so I wasn’t one hundred percent sure what to do.

The ER doctor checked him over and confirmed that it was a yeast infection. He said “It’s not really a big deal. You handled it appropriately,” and then left to get the discharge papers.

When he returned, though, he said something that floored me.  He told me, “I’m not saying your son is dirty, but his foreskin is. I would suggest getting him circumcised to avoid any future problems. When you clean him, you have to pull the foreskin down and REALLY get under there good with some soap.”

I was so surprised that I was being told this that all I got out in response was, “Uh… No… You don’t do that, and we’re not doing that…”

He suggested talking it over with Damon’s pediatrician (see below) once more before leaving. Even though he specifically said it was a yeast infection, the discharge papers had “excess foreskin” listed for what the cause of the problem was.

Of course not, because I know better. When a boy is born, his foreskin is fused to his penis like a thumbnail is fused to a thumb. Parents are never supposed to pull the foreskin back to clean. Instead, the foreskin keeps anything from getting under there. The first person to ever pull it back should be the boy himself. Once he can do this, all you have to do is teach him to pull back, rinse with a little water, and pull it forward again. That’s it. It’s not rocket science. The foreskin is not dirty like my ER doc said it is.

There’s also no such thing as ‘excess foreskin.’ Some boys have more, some have less, but they’re put there for a reason.

I also know that you should never, ever use soap under the foreskin. This can cause irritation, just like with girls.

It looked scary, but it was back to normal in no time 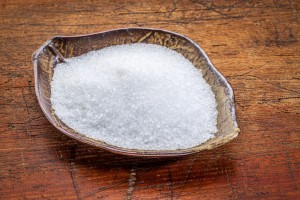 Epsom salts are a cheap, natural, and effective cure for yeast infections and many other common ailments.

For the next day and a half, I applied the Lotrimin twice daily and he was fine. Completely back to normal.

His pediatrician was shocked too when I told her the story about what happened and literally rolled her eyes. She said that she found it to be “barbaric.” She said she was furious and that she would contact the ER doctor herself.

I can’t properly express how mad this entire situation made me feel, either. Why would a trained medical professional suggest such a permanent solution to such a temporary problem?

So while it looked scary, it actually wasn’t as bad as it seemed. I think it’s important for every parent to know how to handle this situation and be aware that circumcision is not necessary. Especially not for a simple yeast infection.

His pediatrician was shocked. It was 'barbaric.' She was furious and contacted the ER doctor.Click To Tweet

Jessicah
Jessicah lives in West Virginia with her son, Damon. In addition to being a full-time mom, she is currently completing her degree in Psychology.