Specific doctrinal beliefs vary between individual Christians. The views expressed in our blog and social media posts represent the beliefs of their respective authors and do not necessarily reflect the beliefs of Little Images as an organization.

I was reading an article this morning about FGM in Kurdistan and its effect on women and I was struck by the data I saw in one of the charts.

Many times we hear in media or online discourse that FGM (female genital mutilation) and MGM (male genital mutilation, or “male circumcision”) have no basis for comparison and are done for totally different reasons. This is, however, a misunderstanding and an oversimplification of the issue. I have written about that here.

The truth is, we only hear about the worst forms of FGM in the news, and most Americans hearing about the issue for the first time experience cultural bias when approaching the topic. After all, FGM is almost unilaterally seen in the Western world as a human rights emergency, while MGM is a normalized practice for the majority of the United States, even if the majority of young adults today say they would not do it to their children.

Case in point: the following chart is data from a project that looked at mental health in circumcised women. One of the studies surveyed women in Kurdistan about their experiences to see if FGM negatively affected their sexual experiences. The authors found that it did, in fact, lower their abilities to enjoy sexual experiences. 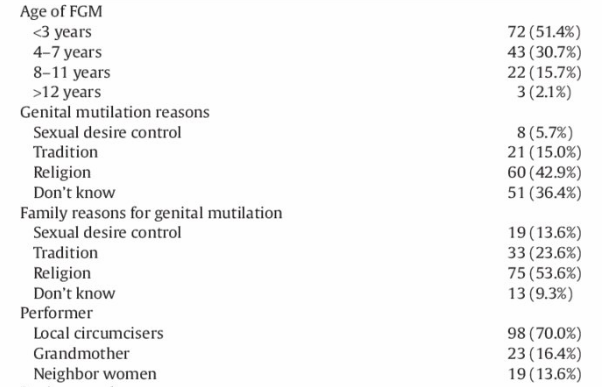 This is not Type-IV infibulaton; this is the less-invasive (but definitely still damaging) cutting of the glans clitoris with a razor. See an infographic with the different types here. Note also that this type of cutting is also less invasive than the “routine infant circumcision” practiced by American doctors on boys.

What do you notice?

The highest-reported reason for cutting is “religion.” This is important to note. In Iran, 99% of people identify as Muslim. However, Islam does not require circumcision; it is not even mentioned in the Quran. Read this article to learn more. 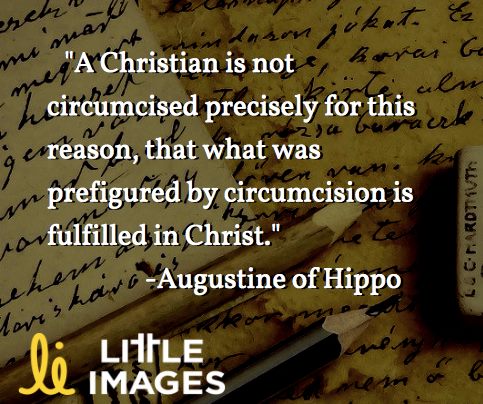 Similarly, Little Images exists to promote the message that although circumcision is often referred to as a “religious practice”, it is not a Christian practice. Outside of America, very few Christians circumcise their boys (or girls, for that matter). However, one of the main demographics still circumcising their boys in the USA is Christians. Often times, this is because it’s “in the Bible” or “Jesus was circumcised,” but in reality, it was declared to be obsolete at the Council of Jerusalem and denounced by Paul many times in the New Testament as being unnecessary. Instead, there seems to be a large population that chooses circumcision for American cultural reasons and then justifies it with the notion that God commanded Abraham to do it.

Some parents might also justify the decision with the (largely disproven) notion that “it’s cleaner” or “it’s healthy.” However, the largest indicators for circumcision in the United States are whether the boy’s father is circumcised (tradition). As stated in this study from 2012, for example, “Circumcision status of the father and the parents’ education and age were significantly associated with the decision to circumcise.” 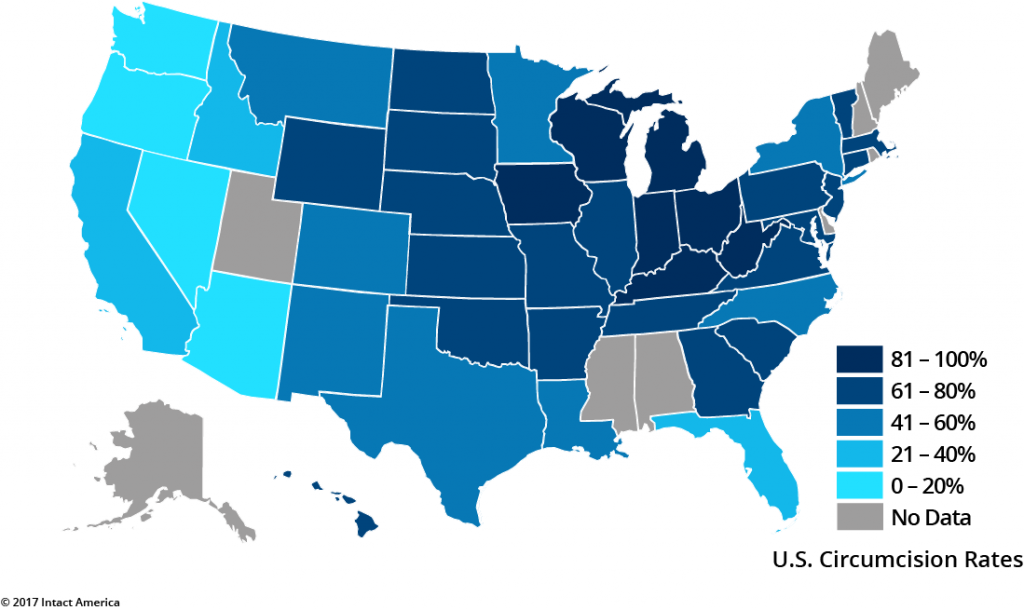 It’s worth mentioning that we as Christians are called to eschew cultural traditions for the sake of honoring God’s Word, even when it takes us out of our comfort zones or is inconvenient, for the sake of honoring God’s Word. In this case, it means forgoing circumcision, even if Dad is circumcised himself, in order to protect and respect the child and keep him from unnecessary harm.

“Don’t copy the behavior and customs of this world, but let God transform you into a new person by changing the way you think. Then you will learn to know God’s will for you, which is good and pleasing and perfect.” (NLT)

I wrote more on this idea a few years ago. You can view that here.

“A remedy which is almost always successful in small boys is circumcision, especially when there is any degree of phimosis. The operation should be performed by a surgeon without administering an anæsthetic, as the brief pain attending the operation will have a salutary effect upon the mind, especially if it be connected with the idea of punishment… In females, the author has found the application of pure carbolic acid to the clitoris an excellent means of allaying the abnormal excitement” (Kellogg, 1877).

Women in the United States should be glad that his second recommendation there did not become standard operating procedure for the 20th century as well. Otherwise, no doubt, I would be imploring American parents to skip the carbolic acid treatment on their girls as well.

70% of the women polled said that a local circumciser performed FGM. However, almost a third reported that it was either a neighbor woman or their own grandmother doing the cutting. Many times that local circumciser is also a woman.

It would appear that many circumcised females support and perpetuate FGM to the next generation of girls.

Similarly, in the United States, many circumcised males support and perpetuate MGM to the next generation of boys.

The more misconceptions there are about circumcision within the community, the more likely the practice will continue. The more ingrained the custom is, the harder it is to end. 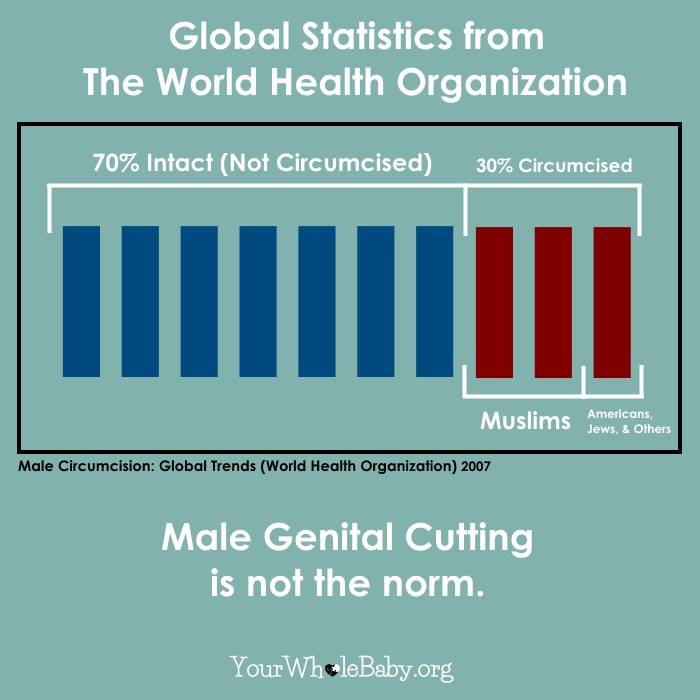 Millions upon millions of men around the world, many of whom are Christians, have zero problems with their foreskins.

A commonly-cited example of this is Dr. Andrew Freedman, head of the AAP’s 2012 Task Force on Circumcision, who claimed no bias on the issue, even though he circumcised his own son and later came out and said all of the “benefits” to circumcision touted in the AAP’s report were not medical, but instead cultural, such as “being part of the tribe”.

A recent poll by Earp, Sardi, and Jellison found that the less men know about circumcision and the functions of the foreskin, the happier they were with having been cut.

In the same paper, the researchers draw the same conclusions about FGM:

“despite the fact that FGM is generally understood—at least by Western observers and by local dissenters—to be extremely harmful, most women who have actually undergone FGM do not regard themselves as having been harmed on balance by the intervention, much less “mutilated,” to use the terminology of the World Health Organization. Instead, similar to many circumcised men in the USA, Israel, some Muslim-majority countries, and very often in their own communities, these women tend to perceive their modified vulvae as improved or enhanced compared to the natural state (e.g., ‘cleaner,’ more ‘feminine,’ more aesthetically appealing).” Despite the research above, FGM remains common in Kurdistan.

The bottom line is that knowledge is power. The more you know about MGM and FGM, the more you are convicted that they need to end.

To do this effectively, we must examine our own cultural biases when approaching the issue.

Read more on myths surrounding FGM: “Why Some Women Choose to Get Circumcised”

See interviews about FGM and MGM in American Circumcision on  Netflix. 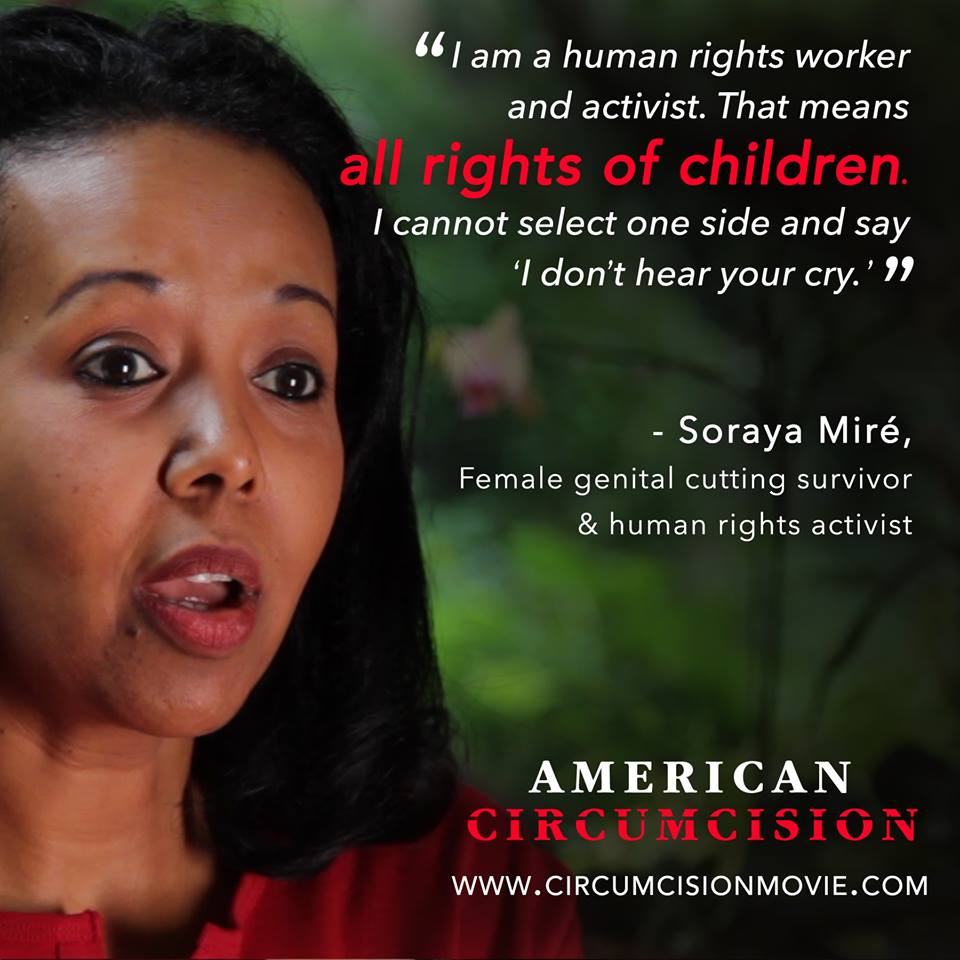