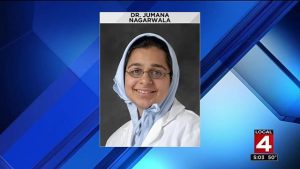 In April 2017, Dr. Jumana Nagarwala was arrested and charged with with cutting the genitals of several girls at a clinic in Livonia, Michigan. Others were also charged with assisting her. The girls’ parents sought out this procedure for religious and cultural reasons. Some of the girls were told they were coming to the Detroit area for a girls’ weekend, but when they got there they were held down and had a procedure performed on their genitals. Court records testify that one girl was given Valium and Tylenol to keep her calm during the procedure. Legally there were 9 victims, ranging in age from 7-12. The girls reported pain during and after the procedure, one saying that she could ‘barely walk.’

The girls were told to keep these events secret.

What procedure was performed? The defendant claims that she did not ‘cut’ the genitalia or perform FGM, but rather performed a ‘benign’ procedure where she scraped a membrane off, wrapped it in gauze, and gave it to the parents to bury as part of a religious custom. Other doctors reported to the court, after examining the girls, that the victims had scarring, a small tear, healing lacerations, and surgical removal of a portion of the genitalia. FGM is defined by the World Health Organization as procedures that intentionally alter or cause injury to the female genital organs for non-medical reasons, and is categorized into four types that vary in amount of tissue removed or altered.

FGM is defined as any time a girl’s genitals, for non-medical reasons, are:

Why Were the Charges Dismissed? 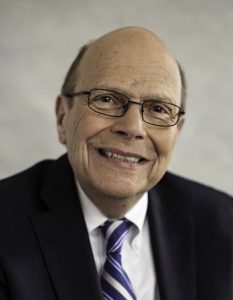 In yesterday’s news, the charges against Dr. Nagarwala and the others were dismissed because the judge ruled that the 1997 law passed by Congress is unconstitutional. The judge stated that even though the practice of FGM is “despicable,” it must be regulated by the states, not the Federal Government.

“Application of these principles to the present case leads to the conclusion that Congress overstepped its bounds by legislating to prohibit FGM…FGM is “local criminal activity” which, in keeping with longstanding tradition and our federal system of government, is for the states to regulate, not Congress.”

What does that mean for the girls?

When I read the news about the charges being dismissed, I felt frustrated to see these deeds go unpunished. If the federal law against FGM was unconstitutional, why couldn’t someone have figured that out earlier? When I describe this scenario to a family member they responded, “Doesn’t Michigan have a law against FGM? Can’t they just charge her under that law?”

Well, Michigan does have a law against FGM. Now, anyway. It wasn’t passed, however, until after these cases came to light.

How does your state compare? Click the image to find out.

Immediately I looked up my own state’s laws regarding FGM, and found out there is no law against FGM in my state. Potentially, girls in my state could be told they’re being taken on a fun girls’ weekend away, and instead of museums and shopping and ice cream, end up being held down in a clinic having their genitals painfully altered, without medical reason or their consent.

Would such a horrible occurrence be legal? Not necessarily- it could potentially be prosecuted under existing assault laws, but to my knowledge that has never been done in the United States.

Click here to see a brief video that explains what the Michigan ruling means for FGM.

I’m no legal expert, but it seems like if many other states and nations can pass laws against FGM, my state could too. I would prefer for children in my state to be specifically protected from genital cutting rather than having to rely on a potential conviction from generic ‘assault’ charges.

There was a bill in 2016 proposing a law against FGM in my state, but it did not pass into law. I wrote my representatives in the state legislature at that time in support of protecting minors against genital cutting. Today I’m writing them again.

Do you think that state-level laws against FGM could protect children from harm? If so, be the one to do what the Bible says is right: ‘Speak up for those who cannot speak for themselves’ (Proverbs 31:8) and ‘Defend the oppressed’ (Isaiah 1:17).

READ MORE: Why are Christians cutting their baby girls?

NEXT: How are MGM and FGM different?