“Don’t copy the behavior and customs of this world, but let God transform you into a new person by changing the way you think. Then you will learn to know God’s will for you, which is good and pleasing and perfect.” (Romans 12:2, NLT)

“If everybody else went and jumped off a bridge, would you do it too?” 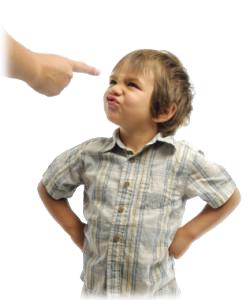 How many of us have heard this adage repeated back to us by a parent, right before we were about to rush out and do something we wanted to “cause everybody else is doing it too”?

I hated hearing it as a kid. However, now that I’m an adult, I’m glad my parents talked me out of a few things that I was seriously intent on doing.

We focus heavily on peer pressure when it pertains to adolescent culture, but many people would fight tooth and nail to defend themselves if, as adults, they were accused of falling into the same trap.

As a parent, we make many parenting choices for our children – what they wear, what they eat, what we allow them to watch on television – but many times we’re told by culture that we need to make certain choices about other things that aren't really choices to begin with. They’re just redefined by our society as things we need to decide upon.

We’re told by American society that we MUST choose A or B for our newborn children. Do we breastfeed or bottle-feed? Do we administer the vaccine schedule as the AAP recommends, or do we take an alternative approach? Do we put them in cloth diapers or disposables? If it’s a boy, do we strap him down and remove some of his penis, or leave his body whole?

(Cue Sesame Street music: “One of these things is not like the others...”)

Why is this even a choice we are presented with? No parent in a European hospital gets asked as a ‘standard’ question, “Do you want him circumcised?” In fact, the question never comes up. But if you ask an American nurse, OB, or pediatrician, “why would you even ask this question?” they inevitably answer with something about the “parent’s right to choose.”

We had our second son at a birth clinic, and in the induction paperwork, the midwife asked me, “Do you want him circumcised?”

The look of relief on her face was unmistakable. She was overjoyed at our decision to leave him intact. I asked someone in the office later on, “Why even ask? If you know it’s wrong, why is it on the paperwork at all?” After all, ethically speaking, medical professionals are never supposed to prescribe services that they know are not necessary. She told me that the facility made them ask. She told me it broke her heart how many times people had answered yes to that question.

So why do people say, “yes, we are going to circumcise him”?

She told me it broke her heart how many times people had answered yes to that question.Click To Tweet

In the last few blog posts, we’ve mentioned that many Christians circumcise their sons because they’re either operating under the assumption that it's necessary under God's covenant, or because it’s medically advised – both of which are easily proven false.

But that leaves one more big reason: 'because everybody else is.'

I don’t know how many times I’ve heard that as the reason well-meaning couples give as to why they are willing to cut their child – because all their friends’ kids are cut. Their feeling is, “If everybody else is doing it, it must be alright.” And inevitably, the argument will shift to the locker room argument – “I know somebody who was mocked mercilessly for being the only uncut guy in the locker room.”

First off, no dudes go around comparing anymore. This scenario is a romanticized vestige of bad 80s movies and has no bearing on what actually happens when guys go to change. Nowadays, the locker room is for business only. It’s not a social club. You go in, change, keep eyes forward, do what you need to do, and leave. If you happen to glimpse another person changing, you don’t bring any attention to it. Worst of all, you’d never call attention to another guy's member – everyone else in the locker room would think you were looking intently to notice something like that.

Secondly – and this is important – the circumcision rate in the US is down to approximately 55% of boys and falling fast. That means that your son will not be the only one in there with his foreskin un-amputated. Intact is quickly becoming the norm. The odd notion that “I don’t want him to be the only one” is now both irrational and a non sequitur.

Even if you live in a part of the United States where circumcision is 'the norm,' remember that, as Albert Einstein said: “What is right is not always popular, and what is popular is not always right.”

As Romans 12:2 dictates above, we as Christians are not supposed to do what everybody else is doing just because it’s popular. We’ve outlined here how circumcision is not God’s will for your son. Choosing to do it for the sake of social conformity is going against the will of God.

In my last blog post I wrote about respecting the man your son will become. We are called to equip our sons to fight against everything the Enemy can hurl at them. So if we circumcise them because we don’t want them to get made fun of, or because “everybody else is doing it,” what message does that send them?

It shows them that we jumped off a bridge because everyone else was doing it.

My prayer is that this generation of parents recognizes this before they jump as well.