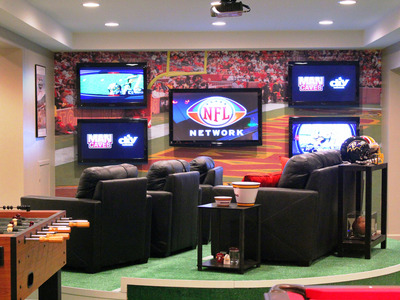 “The thief comes only to steal and kill and destroy. I have come that they may have life, and have it in all its fullness.” (John 10:10, BSB)

Best Buy, according to their website, has 457 different flat-panel TVs for sale. Indeed, if you walked into any of the major entertainment chains here in the US, you will be met with an impressive selection of different options in all their glory: HDTVs, LEDs, Plasma, or even 4K Ultra HD.

Because we care about quality. We Americans consistently show that we are discerning customers. We don’t just want to watch the game, we want to see the individual beads of sweat glisten on the forehead of the Wide Receiver.

It’s not just visual quality that we care about, either. Home theater audio is a booming business. We want 360 degree Surround Sound in Dolby Digital. When the THX logo comes on at the beginning of Star Wars, we want our teeth to rattle.

God designed us to care about quality. He built us as sensual beings. He designed a world where we would experience all there is to offer with all of our senses.

Jesus didn’t say, after all, “I came so that they would have life, and have just enough of it to mildly enjoy themselves, I guess...”

Here’s the thing, though: we only recognize quality once we’ve experienced it. If you dropped $3,000 on the newest 65” 4K Ultra HD TV and hooked it up to a monstrous SONOS wireless surround sound system in your epic (read: EPIC) man-cave, the thought of going anywhere else to watch football would seem laughable to you.

Similarly, if someone broke in to your house, cleaned you out of your newly-acquired equipment, and left, in its stead, a 20” tube TV from 1995 complete with rabbit ears, a decently-functioning remote, and a note saying “this way you can still watch your shows, at least,” there would be no mercy until you found out who did it.

However, if you only ever watched TV on a busted dial tube from the Reagan Administration, you wouldn’t even know what you were missing, and you’d be perfectly happy as long as you got to see the game.

When I was a kid, I thought McDonald’s served the greatest hamburger on Earth.

Remember the Arch Deluxe? I’m sure there’s still part of me that misses that. However, I’ve had a few hamburgers since then, and if you compare one of those to, say, the Chef Cares burger at John J Jeffries in Lancaster, PA – two medium-rare patties of organic, grass-fed beef topped with locally-sourced farmer’s cheese, a giant, fried cube of pork belly, and a free range fried egg – well, it’s apples and oranges. There IS no comparison.

What could be said to someone who had the audacity to say ‘a hamburger is just a hamburger’? 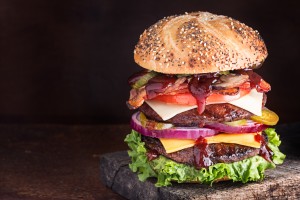 Nothing. Nothing at all. Just shocked, open-mouthed, gaping silence.

Why, then, do we settle for ‘good enough’ when it comes to our sexuality?

After all, God created sex to be pretty much the best thing ever.

What does all this have to do with circumcision?

Many circumcised Christian men would probably argue that sex with their wives is ‘good enough.’ However, what basis of comparison do these men have? If a man is circumcised at birth, he only knows what he knows when it comes to what sex is supposed to feel like.

However, in this instance, we can learn a lot from people outside the bubble of monogamous Christian sexuality. Many polls reveal that women prefer sex with an intact man over a circumcised man, presumably because the foreskin is a highly specialized, enervated part of male anatomy, created by God to serve many functions, many of which come into play during sex. In fact, many American sexual products are designed to imitate the function and feel of the foreskin for the female partner (‘ribbed for her pleasure’, lubricant, etc.). Additionally, many American men experience side effects from their circumcisions that they probably thought were 'normal'.

I hear a lot of times the argument from men who were cut who say, “I’m glad I was cut…I don’t think I could handle any more sensitivity.” What they fail to understand here is that they’re arguing quantity, not quality. The 20,000 or so nerve endings that are cut off during circumcision are there for subtlety of experience, not just for more of a deluge of sexual response.

Here’s an analogy: I can walk into 5*Below and purchase a set of headphones for a few dollars. I plug them in to listen to my music, and the music sounds decent. But if I were to drop $150 on a pair of Beats by Dre, for example, I’m not paying all that extra just for more volume. The added quality is all in the subtleties. The music sounds more like its creator intended it to sound.

Those subtleties are what’s missing from sex without a foreskin.

If a man was circumcised as an adult, having experienced sex both with and without a foreskin, and speaks out about their experience, the vast majority seem to say the same thing: it was much, much better beforehand. One man interviewed in the recent documentary Cut: Slicing Through the Myths of Circumcision said that sex after circumcision was like listening to a symphony without the string section: it was still a beautiful experience, but it was definitely missing an integral part of what it was supposed to be.

Something that was meant to be there that now wasn’t. Circumcised sex is great, by most accounts, but not what it was designed to be.

Other anecdotal data collected had men rate their sexual experiences before and after circumcision. (Also, here's a recent large-scale survey in Belgium.) The result? A “significantly lower level of sexual pleasure sensation” and a much higher report of side-effects.

It’s well-documented that the circumcision that God commanded of Abraham was not nearly as invasive as the circumcision practiced in modern times (here's a diagram depicting the difference). God knew what he was doing with his original blood covenant. He created a difficult, painful sacrifice that got the point across but didn’t destroy functionality. Human error perverted this into what now occurs about 3,000 times a day in America.

This is all to say, our experience of sex as American men is not what God designed or intended for us. However, we’ve labeled it ‘good enough’ and sold it to a generation. Since we have nothing to compare it to, being circumcised at birth, we accept it as normal and most men in America seem to be OK with it.

Remember the scene in The Matrix where Joe Pantoliano’s character is eating a steak with Agent Smith and says, “ignorance is bliss”?

Christ came to Earth and died on the cross so that we could experience the fullness of life that only God has to offer. His death on the cross fulfilled the Old Covenant, and with it, circumcision was supposed to abolished for good.  It was not, because, after all, the thief comes to steal, kill, and destroy, and male sexuality is just one avenue of destruction that the enemy of the cross has been able to influence. Although circumcision disappeared from Christianity for centuries, it was revived in the late 19th century for bizarre reasons and the trend caught on. Consequently, many of us American men were circumcised. We have the power, however, to choose better and not do this to our sons.

We can choose to give them 4K HDTV instead of what we watched TGIF on growing up.

We can choose to give them an obnoxiously delicious gourmet hamburger instead of whatever a fast food chain has to offer.

We can choose to let them keep their foreskins as God designed, instead of letting them get cut like we were.

My prayer is that this damaging cultural practice ends with us, and that our sons are allowed to experience the fullness of God’s design in their lives.