This letter is a reply to a post by Sarah Watts at Yahoo! Parenting. 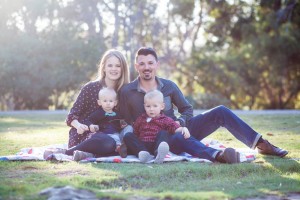 I recently read the story of your son Henry on Yahoo! Parenting. As a mother, my heart immediately went out to you, and I can only imagine how much difficulty you have endured with your son in his first year of life. Henry is fortunate to have a mother who cares so deeply.

I wanted to address the personal story you chose to share, as there seems to be great concern and some possible confusion involved. Your initial response to the painful and even dangerous option of circumcising your newborn son is one that many parents these days are giving. As you stated in the post, circumcision rates are continuing to drop in the United Sates and many parents are beginning to speak out against it. Worldwide, the practice of routine infant circumcision is even lower. In fact, America is the only Western country that practices the circumcision of infants routinely.

While it is quite uncommon in males, there is always the potential for urinary tract infection, even in healthy children. With the small margin of claimed “benefit,” many parents and doctors agree that circumcision cannot be justified by this merely potential – and very easily treatable – infection. Most instances of UTI in the intact male are the result of improper foreskin care (forced retraction, invasive cleaning, and use of soap). You questioned the catheter being the cause of Henry’s infections, and I would absolutely encourage you to investigate this further. The occurrence of UTIs is higher in individuals (male or female) using urinary catheters due to increased bacterial exposure.

Most sources agree that recurring UTIs are seen much more commonly in females. The treatment that Henry was given is the same a child of either gender would receive. Sadly, foreskin amputation is only used as a method of “prevention” or “treatment” for male children. My fear as a parent would be going ahead with the painful, physically-altering circumcision procedure to only have the reoccurring infections continue due to the routine catheter use. I don’t know if I could forgive myself for removing a healthy part of my child’s body that had never actually caused him any harm.

The myths used to promote infant circumcision never cease to shock me. The “studies” claiming lower rates of penile cancer and HIV are truly flawed. Potential risk of infection in several other areas of the human body are exponentially higher, but we do not routinely remove any other body part in infancy. In Henry’s case, and with many other children in different capacities, an infection arose and it was treated.

You asked the question, “Did we make the right decision with Henry?” In all honesty, I would have to answer yes. You have given him the best start and handled the unforeseen one step at a time. When the unexpected happens, it is natural as parents to blame ourselves and question decisions we have made. Parenthood is full of “what ifs” and endlessly trying to solve problems for our children. I know my natural inclination is to jump to a conclusion before I have all the facts, out of a genuine hope to help my child. The desire to pinpoint a problem and find a solution is something that has kept me up many a night!

With any children we may have, we must desire to do the best we can with what we know and always be willing to learn. I hope Henry continues to grow and thrive in the ways that every parent dreams of for their child and that you are able to make peace with the care choices you have made for your son.

Ryan
Ryan, a wife and mother to two sweet boys, has a desire is to live for the glory of God in all He has called her to. She is a childbirth doula who truly enjoys spreading awareness about God's good design in all areas of life.