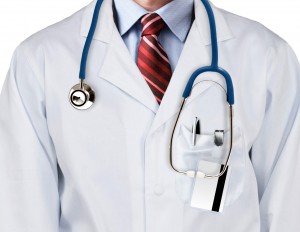 EDITOR'S NOTE: Since the release of this blog post, the AAP's 2012 Circumcision Policy Statement has lapsed and has not been replaced. As the AAP states, "All policy statements from the American Academy of Pediatrics automatically expire 5 years after publication unless reaffirmed, revised, or retired at or before that time." Speculation as to why that is, including statements by Andrew Freedman, head of the Task Force, can be found here.

It’s true that no medical organization in the world recommends that infant boys be circumcised.

But one organization, the AAP (American Academy of Pediatrics), does speak rather positively about newborn male circumcision. Their curiously worded statement says the “health benefits of newborn male circumcision outweigh the risks.” The phrase “benefits outweigh the risks” was splashed all over the media when the policy came out in 2012 and can be attractive to parents who are beginning their research and leaning towards circumcising their child. “OK, the AAP says it’s healthy, so we’re good to go.” Hold on a second!

What was their policy in the past, and what made them change it?

In 1971 the statement was more simple (even though circumcision was still common in the US): “there is no medical indication for neonatal circumcision.” Over the past decade, many state and private insurance providers in the US stopped paying for circumcisions. The AAP is a trade union that works to protect the interests of its members: doctors. The continuation of infant circumcisions benefits both doctors’ cash flow and their reputations. It would, after all, be kind of embarrassing to admit that something you perform regularly is actually not encouraged by an organization you’re a member of. Some say that new information about circumcision preventing HIV acquisition made them update their policy, but one must keep in mind that infants are not at risk of sexually transmitted HIV. Besides, the idea that circumcision slows the spread of HIV has not been shown to be true in the US, and the results are very mixed in African countries (see, for example, table 9.3 on pages 109-111 of this UNAIDS report).

How does it disagree with the rest of the world’s policies and practices?

It stands alone; other countries discourage and do not routinely practice infant circumcision.

What are the main criticisms of the AAP’s statement?

If you read the whole report, it states that “The true incidence of complications after newborn circumcision is unknown.” This makes a thinking person wonder: how did they calculate that the benefits outweigh the risks if they don’t know the rate of complications? The report does not address ethics at all, nor does it discuss the function or value of the foreskin. As Christians, we view the body as fearfully and wonderfully made by our wise designer Father, and the foreskin has a variety of protective and sexual functions.

AAP: The true incidence of complications after newborn circumcision is unknown.Click To Tweet

“The final decision should be left to parents to make in the context of their religious, ethical, and cultural beliefs.” I believe that we are stewards of our children’s health, but not owners of their bodies; choices about non-medically-indicated body modifications should be left to the individual getting them, not made by parents. But even if we were to take the advice of the AAP that parents should make this decision based on religious, ethical, and cultural beliefs, the decision that fits Christian ethics is to leave children whole. If you are a Christian, there is no spiritual directive to cut anything off your child, and in the absence of an actual medical need such as an injury or cancer, there is no justification for doing this.

While the AAP may put out credible information on childhood maladies like fevers, cuts and rashes, the Task Force on Circumcision in 2012 got it wrong.

God reveals in scripture that we no longer have any reason to circumcise for religious reasons: the Old Testament circumcision (which was not nearly as severe as the current practice) marked God’s people and symbolized that sin results in death. It also pointed ahead to God’s son, Jesus, who was cut off from his Father, experiencing wrath and death so that we might live.

God reveals to us in his creation that the whole body is well-designed, all parts working together, and we can study and see the many negative effects caused by removing a healthy body part. Both of these revelations carry more weight with us as Christians than any pronouncement from the AAP.

The AAP asks you to follow the status quo and keep the millions of dollars rolling in for their members; the Creator of the universe asks that if you have given your life to Christ, that he be the Lord of all of it, down to the decisions we make for our children at the doctor’s office.

Many parents, not having information about how the whole genitals function or about what circumcision entails, have inadvertently caused their children pain and loss of function by agreeing to circumcision. They may have believed they acted for the best and for their child’s health. Don’t be embarrassed or shamed by our Enemy into staying silent about this issue and brushing it under the rug simply because you didn’t know all of this in the past.

Our Lord is also a God of forgiveness and reconciliation, both between people and himself, and between fellow humans. Let’s go forward and honor God as the wonderful Creator of our bodies and as Lord of all parts of our life.

Other American doctors have written official responses describing the problems with the statement.

Brian Earp has an excellent article on the topic on the Practical Ethics website.