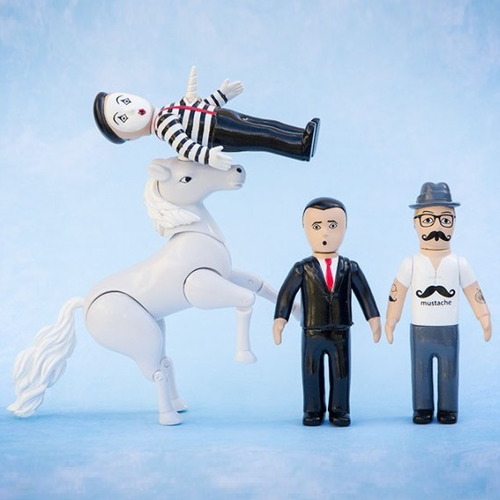 "Submitting your son to the procedure to prevent urinary infections makes only a little more sense than buying insurance against being gored by a unicorn in Riverside." -- Eugene Robin, M.D. Stanford University Medical School

If there is one rumor that just can't seem to die, it's that infant circumcision prevents urinary tract infections (UTIs). This idea was made popular by an Army pediatrician, Dr. Thomas Wiswell,* in 1985, when he retroactively examined the charts of boys intact and circumcised in a particular hospital in Texas and examined the data relating to UTI rates, leading to a claim of a "ten to hundred times decrease in urinary tract infections in circumcised boys." This, of course, sent many of our parents' generation scrambling to their OBGYNs in order to make sure their newborn boys were circumcised.

Wiswell's data, however, was merely an extrapolation of previous research. That is to say, it was his interpretation of what he saw, and there were some flaws with it. In sensationalist media reporting, messages get crossed and people are told to fear the worst, and this was no exception. The boys in Wiswell's study were all the victims of the #1 concern surrounding intact care: forced retraction.

For the record, the intact-savvy community's motto is, "when intact, don't retract." Caring for an intact boy is remarkably simple.

For those of you who are new to all of this information, 'retraction' means 'pulling back' – in this case, pulling back a boy's foreskin, generally under the auspices of cleaning beneath it to keep it from getting infected. There has been a false assumption that this needs to happen in order to keep a boy's genitalia clean – a daunting and uncomfortable task for any new parent to attempt. Parents in America, including those at the hospital where the study's data came, were wrongly told for years to do this as a matter of course in newborn care.

Here's the tragedy of the error: the owner of the foreskin in question should be the only one ever to pull it back. At birth, the foreskin is fused to the glans penis by a layer of cells in order to protect it. This is part of God's design for men – in childhood, a boy has no need of any function of his penis except for urination, so the foreskin is secured in place to keep infections, debris, and other problematic things out. As a boy grows, his foreskin becomes naturally retractable at an age where he can figure out for himself how his plumbing works. At that point, a 5-minute tutorial on how to pull it back and clean it with water is advised. Beyond that, he should be able to handle all this by himself (no pun intended, of course).

When a foreskin is forcibly retracted, before it is designed to become so, it is the equivalent of having one's thumbnail forcibly pulled back in order to clean under it. Of course it will become infected. It wasn't designed to be ripped back. Hence the infections.

When a doctor is the one to recommend that a procedure that causes harm be done, or when he or she is the one to carry out the action, causing issues that wouldn't have arisen had the action not been performed, the patient is said to be an 'iatrogenic' condition –  that is to say, a condition that is doctor-caused.

To put this all together, when a doctor instructs a parent to forcibly retract a boy's foreskin, and it then becomes infected, it is this action that is to blame. Not the foreskin itself. Had it been left alone, there would be no issue at all.

A later study found that 195 circumcisions needed to be performed to prevent one hospitalization due to a UTI during the first year of life. Let's unpack that. Almost 200 boys need to unnecessarily have their God-given protective penile coverings amputated in order to stop one boy from being admitted for a UTI. There's also no telling whether this one boy among 200* is suffering a UTI because he was prematurely retracted in the first place, leading to the issue at hand.

Does one not see the absurdity here?

I've often heard the lottery described as 'taxes for people who are bad at math' due to the amount of loss versus the potential for benefit. Many people buy a Powerball ticket every day of their lives and never, ever win. Similarly, I would describe a circumcision done to prevent a UTI 'preventative medicine for people who are bad at math.' The risk here is never worth the reward. The loss suffered is far greater than any possible benefit.

The risk is never worth the reward. The loss circumcision causes is far greater than any possible benefit.Click To Tweet

At this point, I'd like to point out that when a girl suffers a UTI, she is prescribed antibiotics. There is no talk of the surgical amputation of the clitoral hood or outer labia in order to prevent recurring problems. The treatment is given in a logical manner, going from least invasive technique to more invasive as needed. All less-drastic options are exhausted before more-drastic alternatives are pursued, with the patient's informed consent along the way.

For boys, all less-invasive options are skipped most of the time, and a boy is immediately referred for circumcision. Many times, as is the case with newborns, the most drastic treatment is given as a justification for prophylactic (read = preventative of possible issues) amputation of the newborn male's protective covering. Forget the patient's informed consent. Forget the parents' informed consent for that matter. I'd argue that any parent who truly had informed consent would never let this happen to their child. Regret parents, you have a right to feel lied to and taken advantage of. My heart goes out to you.

Is now an appropriate time to bring up one of Wiswell's other famous quotes?

by pictures of money

Anyways, my point is this: when we understand how things are supposed to be, we leave God's creation as it was designed to work instead of creating a giant mess for ourselves.

Proverbs 3:5-8 says: “Trust in the Lord with all your heart and lean not on your own understanding; in all your ways submit to him, and he will make your paths straight. Do not be wise in your own eyes; fear the Lord and shun evil. This will bring health to your body and nourishment to your bones.”

If you're reading this and you're pregnant with a boy, my prayer is that you don't fall for the misguided hype of the American medical establishment. I pray that you leave your son's body alone as God intended it to be when He designed your son.

If you're reading this and you circumcised your son, know that God is good, and loves us despite of our past errors and shortcomings. Just hug your son a little tighter today.