God designed the foreskin with complex structures and functions. These structures are, of course, lost when removed. Natural comfort, protection, sensation, and other functions are removed with them.

MYTH: It’s only a flap of skin.

This amputation eliminates multiple God-given functions, from immunological and protective functions to the physical “slide/glide” function designed to eliminate friction and discomfort completely.

The loss of these and other functions makes life more difficult, even though those of us who don’t know any differently simply think our quality of life (e.g. level of day-to-day comfort) is normal.

A coalition of doctors, citing 99 sources, has composed a brief document describing 9 things men lose to circumcision and 24 complications, ranging from rare to very common.

When unfolded, the tissue lost to modern circumcision is, in the adult, as large as this orange box is on a typical computer screen – and as large as the entire face of an iPhone 6.

MYTH: It won’t affect him or his wife sexually.

The glans (head) is an internal organ with no skin on it and is not meant to be exposed. Without its natural, God-given protection in place, circumcised men experience a gradual but significant decrease in sensitivity over their lives that intact men do not, in addition to the immediate drop in sensitivity. Because of this, modern circumcision may increase the risk of erectile dysfunction and other problems. Viagra, lotions and lubricants, and all sorts of other aids for couples are bestsellers in the United States. In countries that don’t circumcise—such as all countries in Europe—these products do relatively poorly. There might be other factors involved, too, but the best explanation is that with God’s natural lubrication and sensitivity intact, men and women simply don’t need these things.

The sexual difficulties aren’t limited to men. Although most women in the United States wouldn’t know the alternative, they do suffer from the increased friction and decreased lubrication. Consider the following study (directly cited in this article). Christians wouldn’t perform this study, but the results are telling. In the study, women who had reason to know rated their experiences. Intact men scored an average of 8.03 out of 10, but the women rated experiences with circumcised men at an average of 1.81 out of 10.

Sexual difficulty makes simple biological sense, since we have removed the lubricating and friction-reducing mechanism God intentionally designed for us. Modern circumcision damages our Creator's design instead of respecting it.

So is circumcision still a valid choice for a parent who has learned about these important, natural functions? Check out the next two myths.

Judaism doesn't deny this loss of comfort and pleasure for both husband and wife. The medieval Jewish scholar Maimonides once said:

"The fact that circumcision weakens the faculty of sexual excitement and sometimes perhaps diminishes the pleasure is indubitable ... The Sages, may their memory be blessed, have explicitly stated: It is hard for a woman with whom an uncircumcised man has had sexual intercourse to separate from him. In my opinion this is the strongest of the reasons for circumcision."

Circumcision Math: Does it add up? 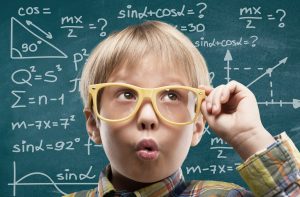 The gift you CAN’T return 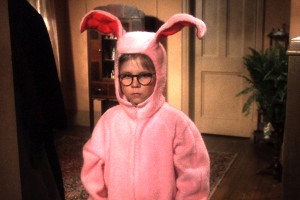