He went in a sweet, happy boy. He came out screaming.

When I was pregnant with my first baby, I thought that looking at parenting magazines counted as researching circumcision. I came to the tentative decision that I should do it.

Unfortunately, I miscarried, and I didn’t become pregnant for another 5 years. When I did, and found out it was a boy, I had my decision made from last time. Although my area has a high circumcision rate, I found that many people online were trying to dissuade me from doing it.

I refused to look into it. Many people’s approaches were rude, and it left a bad taste in my mouth. I didn’t appreciate being told that I valued my emotions over my son’s right to his natural state.

I talked to my family about it, and everyone said the same things that are still heard so often in America:

So I went along with it and had my son circumcised.

I didn’t put two and two together with my first.

I thought that his constant crying and wanting me to never put him down was because of his NICU stay. I even posted on Facebook a few days after he was cut about how my super-calm baby had suddenly become colicky.

It wasn’t until about a year ago that I realized that it was the circumcision.

In the NICU, he slept wonderfully. He was a peaceful baby, despite all he had to go through in his stay, constantly being poked and prodded and having cords taped to him everywhere. I remember feeling sick and nervous when they took him away for the circumcision. My instincts were screaming no, and I ignored them. When the plastibell ring was in the process of falling off a week later, I knew something was wrong. The skin underneath was so red and raw that I thought that his skin wasn’t attached and that I was looking at subdermal tissue instead.

That wasn’t the case, though. As bad as it looked, it turns out that’s just considered “normal.”

I closed his diaper as loosely as I could and picked him up and ran to the other room to my husband, shaking and in tears, bile at the back of my throat. We called the pediatrician, jumped in the car, and rushed over. I remember telling my son over and over how I was so sorry and how it was all my fault. The pediatrician seemed unfazed and sent us on our way, though.

Fast forward to today, and my son now has a slight case of meatal stenosis. Lucky for him, it isn’t bad enough yet to need correction. I can only hope and pray it doesn’t get worse.

My second son, though, suffered even more. 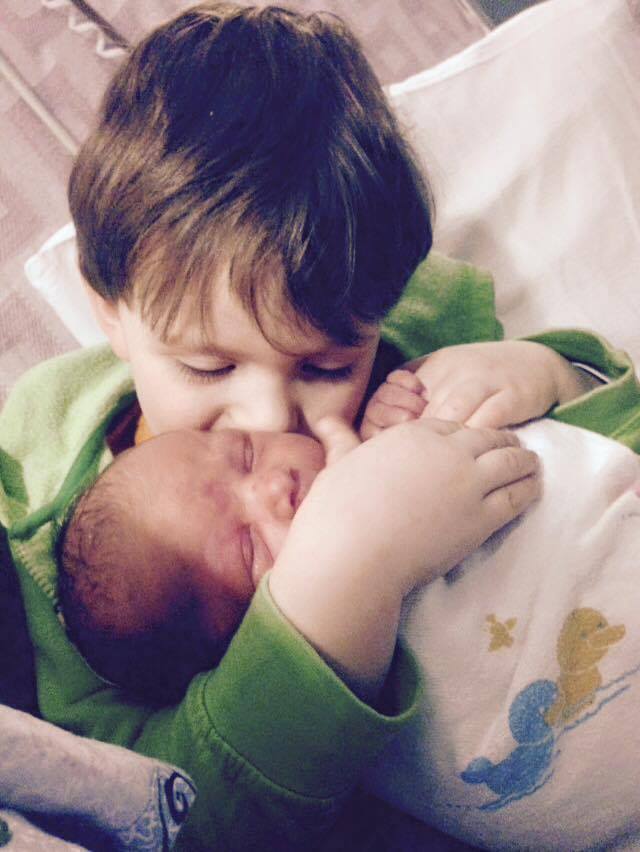 I can only hope and pray that his, like my first sons’s, doesn’t get worse as time goes on.

I didn’t really want to circumcise him. I remembered how I had felt when my first was done, and it made me sick to my stomach. I was secretly thankful that I didn’t think we would have the money to do it and our pediatrician didn’t accept our insurance so we were cash-pay only. A family member was talking about it to us when I was pregnant and I mentioned this.

She immediately said “He has to have it done. I will pay for it myself if I have to.” I felt hopeless and gave in. He was cut at 3 weeks old because we did it in office instead of before we left the hospital.

He went in a sweet, happy boy. He came out screaming.

He screamed that whole day.

He couldn’t eat or sleep and didn’t want to be held. He sat in a bouncy chair unbuckled and I gave him a pacifier for the first time ever. I didn’t know what else to do. I couldn’t do anything with him. At each diaper change, it was like I was tearing him to pieces.

The way he screamed – that continued for weeks. Once the worst was over, he still cried at diaper changes. You could tell he was in pain for months.

To this day, he still cries at diaper changes sometimes. He tells me “ow” and touches the glans to show me that’s what hurts. Recently he has been more specific about the area where he feels pain, and he says it’s in the tiny bit of skin and scar tissue left over where his frenulum should be. He has started to experience erections that he says hurt as well. He appears to have a very tight circumcision.

I can only hope and pray that his, like my first sons’s, doesn’t get worse as time goes on.

But that’s not all.

They say they ‘don’t remember’…but my son does.

Both of these circumcisions were performed by a leading pediatrician in my area who has circumcised several boys I know. He wasn’t a “bad” pediatrician who just couldn’t do a “proper” circumcision. He was sought after.

Little did I know that his face would haunt my son. Over a year after the last time my 4 year old saw that pediatrician, he came to me and told me about a nightmare he had. He told me that a dragon monster had cut his “pee pee” off in his dream. He told me that when he would have this dream, which was often, that he would think of something happy, like “mommy,” and that would make the monster go away.

I held him and promised him I would never let that man near him again. I hear people say all the time, “he won’t remember,” but this is not provable. My very articulate, very smart little boy definitely remembers.

Years later, I started researching circumcision on my own.

About a year and a half ago or so, I started digging. I finally looked into circumcision deeper. I think the most powerful realization for me was the comparison of the glans and foreskin of a boy to the clitoris and clitoral hood of a girl: these are analogous structures, and even develop identically in the womb.

That’s when I truly grasped what I had done. 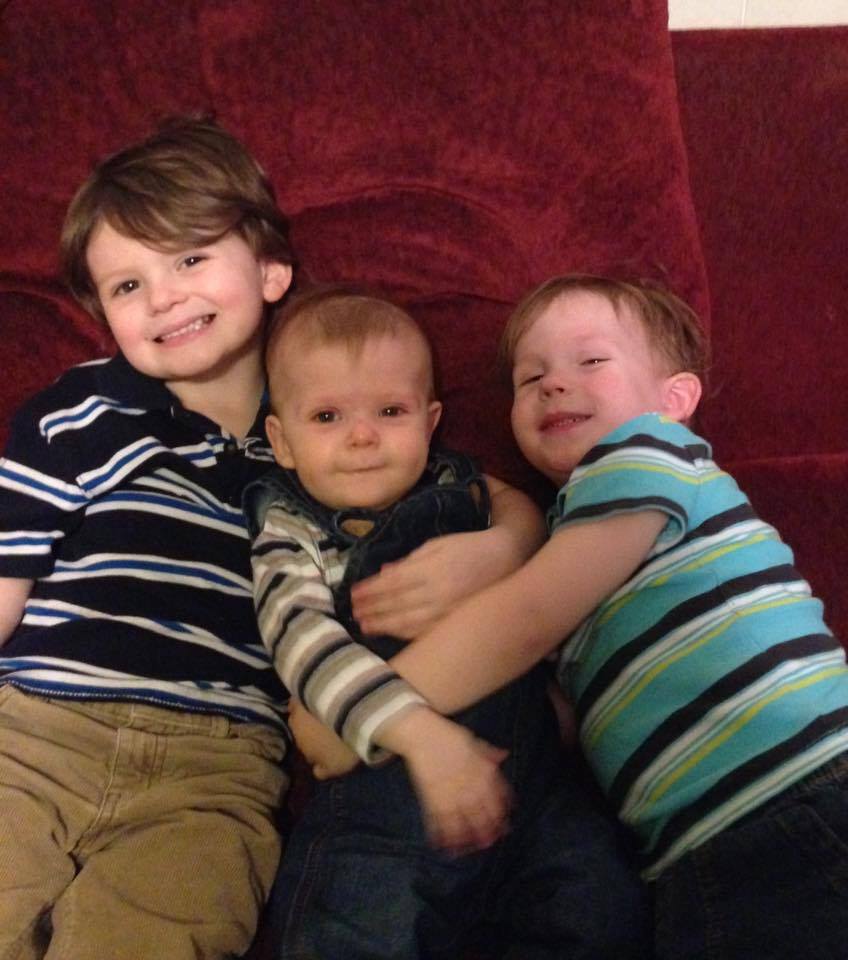 It’s never too late to break the cycle.

It was the most difficult thing I’ve ever had to admit to myself. I can’t even remember or understand what my my state of mind must have been like when I was okay with it all. Now, the notion of me having ever been okay with doing this to my sons is completely foreign to me.

For the life of me, I can’t understand why I didn’t look into it then. I knew I didn’t have in-depth information, but I chose not to look deeper.

Instead, I ignored anything anyone tried to tell me to dissuade me from going through with it.

I pardoned myself, because the parents who were “pro-parents’ choice” seemed to agree with me that it was okay for me to do and yet kept their own sons intact. They allowed me to do it, even though I clearly was not giving informed consent, because the reasons that I gave for justifying it were not correct.

But now I know better. My third son is intact. I ended the cycle.

Unlike my first two sons, my intact son has never had a single issue with his penis.

But at every bath, every diaper change, every “Mom! I need a wipe!,” I am reminded of what I let happen with my first two.

Moms to be, even if you’ve decided in your birth plan or a discussion with your doctor or somewhere else to circumcise, thank God it’s never too late to change your mind – until they cut your son. Then it will be too late. But you don’t want circumcision. Your baby doesn’t want it. Your grown son won’t want it. God doesn’t want it. Let your son keep his whole body!

Tiffany
Tiffany lives in Texas with her husband and three sons.