We recently received a letter from Marilyn Milos, a registered nurse who in 1979 began publicly campaigning against male circumcision in the United States. Six years later, her hospital's administration forced her to resign for talking about circumcision with patients. The California Nurses Association honored Marilyn in 1990 for her "unwavering commitment to righting a wrong," and she continues her research and advocacy work to this day, primarily as director of NOCIRC, the National Organization of Circumcision Information Resource Centers.

Backstory: on May 7, 2012, a German court in Cologne declared male circumcision illegal. Cries alleging anti-Semitism rang out, and the German government quickly took steps to ensure that the legality of male circumcision within its borders was protected. But was the court's decision against circumcision anti-Semitic? Here's what Marilyn wrote: 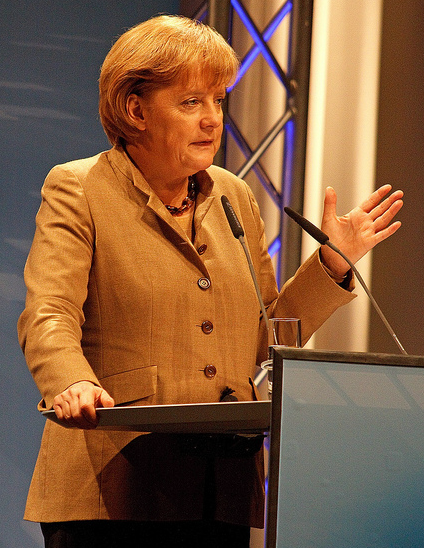 I was invited to speak on the steps of the Cologne Courthouse on May 7, Worldwide Genital Autonomy Day, to honor the third anniversary of the Cologne High Court's 2012 landmark decision, protecting the bodily integrity rights of infants and children. This is what I said:

Contrary to the determination by Chancellor Angela Merkel that the high court's decision would make Germany the laughing stock of the world, people worldwide applauded the Cologne High Court and recognized the ruling as an important and crucial human rights decision. Every other human right pales in comparison to the inherent basic human right─the right to one's own body and self-determination.

Chancellor Merkel's concern is based on politics. Her stance ignores the pain, trauma, and lifelong harm of circumcision. Perhaps because she lives in a non-circumcising country, she is not aware of the horrific personal and social consequences of genital cutting of infants and children. Had the court's decision been concerned with the rights of females, surely Merkel would have recognized the harm, and she undoubtedly would have upheld the Cologne court's decision. But because it was the right of male infants and children to genital autonomy that was being defended, Merkel scrambled to protect Germany from an outcry of anti-semitism.

However, once the wound─the deep primal wound of pain and trauma inflicted upon a non-consenting minor─is understood, it becomes apparent that all children─males, females, and intersex alike─deserve to be protected. Not protecting Muslim and Jewish children, in fact, would be anti-Semitic.

Chancellor Merkel was so intent on passing a law to allow circumcision that she not only betrayed infants and children, she also undermined the very Constitution she swore to uphold.

Our work, then, is to keep the Cologne decision alive by honoring it and the points it made:

Circumcision is not a nice thing to do to a baby or child, or to the man that person will become.Click To Tweet

Karl Menninger said, "What we do to children, they will do to society."

Gandhi said, "If we are ever to have real peace, we must begin with the children."

Sadly, Merkel doesn't understand that the lessons of World War II actually liberate us from its tragedies. Consciousness about fundamental human rights has changed, as has consciousness about the rights of infants and children. It's time to stand up and to embrace and honor the basic principles that the Nuremberg trials confirmed: all people are entitled to be free from intrusion upon their bodies at the hands of an authority that is simply bigger or stronger. Cutting the genitals of children is a fundamentally evil act, one that has no place in the 21st Century.

This post contains a letter Little Images has received and as such does not necessarily represent Little Images. Little Images is a Christian group working to equip the Church to fight against the cutting of children, but within that framework, our blog writers represent a variety of perspectives, and each author’s ideas are his or her own. A medical professional reviews our blog posts for accuracy. For any questions about Little Images, please see our about page or contact us.