Why do Christians in the United States amputate complex, God-designed parts from their baby boys shortly after birth? The vast majority of Christians elsewhere in the world and in history respect God's creative wisdom and don't practice modern infant "circumcision," but Christians in the USA usually make one of the following assumptions.

Christians have, with very few exceptions, never practiced circumcision. From the Apostles Peter (Acts 15:5-10) and Paul* (in several places, including Galatians 6:12-15 and 1 Corinthians 7:18-20) and the Church Fathers, to Medieval Christians through the Reformation and beyond, God's children have never viewed circumcision as a Christian practice. Indeed, Christians have believed that Christ's finished work has abolished the practice and even made it reprehensible, just as animal sacrifices are now reprehensible. Both before and after the Protestant Reformation, the Catholic Church has repeatedly forbidden Christians from being circumcised (or otherwise mutilated) without unavoidable medical reason. Protestants have never circumcised until the procedure arose in English-speaking countries in the late 1800s (see How MGM really started in the US).

The Old Testament’s milah circumcision is by all accounts not the same procedure that is practiced in the USA today. The modern procedure removes many times more tissue and multiple functions. Among Jewish scholars and documentary evidence, including from the Old Testament itself, there is no doubt that the ancient Jewish procedure was much less drastic. See a summary here, then check out more from The Oxford Dictionary of the Jewish Religion and over 50 citations of historical evidence. As a recent Jewish newspaper article noted, "the Biblical command for circumcision had its scope extended by the rabbis," probably in about 130 AD, in order to prevent its reversal.

Before this addition, circumcision did not lay bare the glans (tip). Only the foreskin proper was removed (click here for a drawing showing the difference). This left the foreskin's God-designed functions intact.

God has never authorized the modern, severely damaging amputation for any people group at any time.

"It was probably in order to prevent the possibility of obliterating the traces of circumcision that the rabbis added to the requirement of cutting the foreskin that of peri’ah (laying bare the glans)." ~ The Oxford Dictionary of the Jewish Religion

" the Jews force the skin back on the little penis and tear it open with sharp fingernails, as one reads in their books. Thus they cause extraordinary pain to the child, without and against the command of God. Such an addendum is their own invention, yes, it was inspired by the accursed devil, and is in contradiction to God's command, since Moses says in Deuteronomy 4:2 and 12:32, 'You shall not add to the word which I command you, nor take from it.' With such wanton disobedience they append and practice this supplement." ~ Martin Luther, from here (quoted to show he knew about the addition of peri'ah)

Removing a body part means that body part will no longer be around to experience any problems, but this hardly makes missing body parts a health benefit. Cancer and other health problems in this area are extremely rare (men are more likely to get breast cancer), and we wouldn't cut any other body parts off our babies to prevent a tiny risk of cancer decades later. (For instance, testicular cancer is much more common, especially in men ages 15 to 35, but we would never consider half-castration a legitimate elective surgery for babies.) The foreskin is a complex of parts that provides multiple important functions, all lost to modern circumcision. Justifying the removal of such a structure would require much more than doubtful and irrelevant alleged medical benefits. 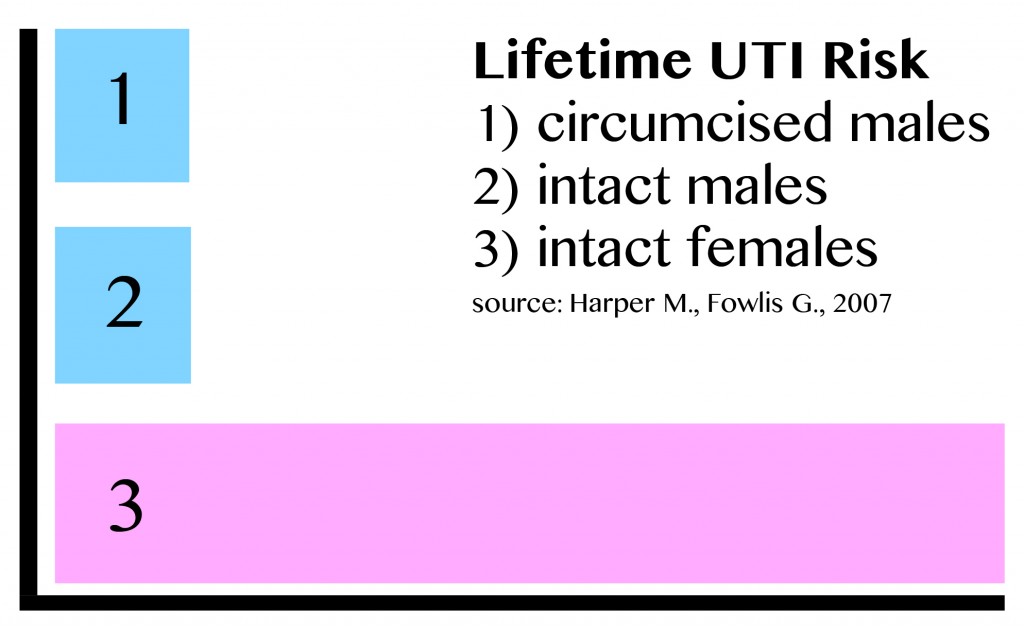 The benefit perhaps most commonly stated is a lower incidence of urinary tract infections (UTIs) in circumcised boys, but even the highest reasonable claimed reduction ignores the big picture (see graphic). Besides, compare this benefit with circumcision's risk of short-, medium-, and long-term complications (including very common complications like meatal stenosis) and the other harms and permanent losses caused by every single cut. In light of all of this, the claimed benefits of modern "circumcision" offer no justification for removing so significant a part of God's careful design.

Recently, some research has suggested that STD acquisition (not transmission) rates are lower for circumcised men. The actual experience of the countries of the world raises serious doubts. In at least 10 African countries, HIV rates are significantly higher among circumcised men (see here, page 109). Despite near-universal circumcision in the USA for generations and almost none in Europe, rates of HIV and other STDs in the USA are higher than in European countries. Multiple studies suggest this "benefit" is false (also see commentary here).

But even if it were true, should Christians cut healthy, important, God-designed parts off of their children on the assumption that they'll be both promiscuous and careless decades later?

Modern circumcision fails nine tests of contemporary secular medical ethics. And we Christians believe babies are made by the design and in the image of a wonderful, wise Creator, so we have even more reason to protect our children from genital cutting.

Initially, keeping circumcised boys clean is actually harder than keeping intact ones clean. And when they get older, intact males only need a source of water and a few seconds now and then. In a culture where we shower more than once a month, hygiene for intact boys and men is no problem.

However, people believe intact hygiene is more difficult because they still think the extremely harmful practice of forced retraction is necessary. With correct information, cleaning an intact baby is as easy as cleaning a finger. Even the American Academy of Pediatrics says, “Most boys will be able to retract their foreskins by the time they are 5 years old, yet others will not be able to until the teen years.... But foreskin retraction should never be forced. Until the foreskin fully separates, do not try to pull it back. Forcing the foreskin to retract before it is ready can cause severe pain, bleeding, and tears in the skin.” Simply “clean what is seen.”

Besides, if we really want to assume our children will be too stupid to wash themselves, there are plenty of hard-to-clean parts we could amputate for this “reason.” However, the only other case in the world where doctors commonly remove babies' body parts for hygienic “reasons” is female genital mutilation.

No major medical organization recommends circumcision. As the chief Dutch medical organization KNMG has concluded, doctors should "actively and insistently inform parents who are considering the procedure of the absence of medical benefits and the danger of complications." Although it avoids an actual recommendation, the American Academy of Pediatrics currently states that the benefits of circumcision seem to outweigh its risks, but it stands virtually alone in the world. Medical professionals and organizations elsewhere, looking at the same studies and evidence, attack the AAP’s current stance as culturally biased and deeply flawed. In addition, they say the statement completely ignores both psychological damage and ethical problems. Other countries officially state that routine infant circumcision “should not be performed.”

"The official viewpoint of KNMG and other related medical/scientific organisations is that non-therapeutic circumcision of male minors is a violation of children’s rights to autonomy and physical integrity. Contrary to popular belief, circumcision can cause complications – bleeding, infection, urethral stricture and panic attacks are particularly common. KNMG is therefore urging a strong policy of deterrence. KNMG is calling upon doctors to actively and insistently inform parents who are considering the procedure of the absence of medical benefits and the danger of complications." ~The Royal Dutch Medical Association (KNMG). Affirmed by all associated medical organizations.

FGM and MGM: Are they similar? 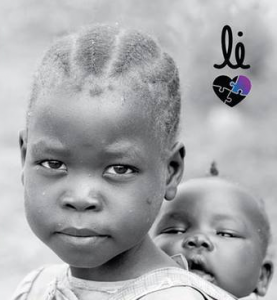 One Christian’s Response to the Michigan FGM Ruling